(Pics scanned prior to advent of digital photos, apologies for quality) 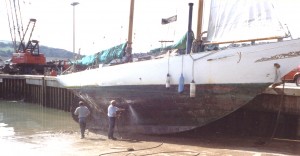 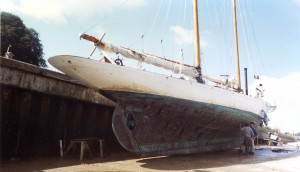 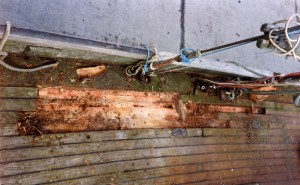 These pictures were taken when “Spina” was surveyed  for the prospective new owner, prior to  purchase before her restoration in the 1990’s. This yacht had been parked on a Devonshire river as a houseboat for ten years or so prior to our inspection. Previously, back in the 1970’s she had lain in a Littlehampton yard, awash, due to  having been holed.  As can be seen from the pics above (1992), the vessel required a major restoration however her classic hull lines can be appreciated.   The deck picture clearly demonstrates why it is not a good idea to lay a new teak deck on top of the original deck strakes although this procedure has often been used

The yacht has recently been on the international “classic charter” circuit and is back  to her original name of Elise. (I remember the excitement during the survey of actually discovering the original name let into a bronze rudder stock housing buried under some false decking on the counter (see pics) above. When surveyed,  the entire hull up to the waterline was covered in copper sheathing (see pics) which had prevented  creatures with an appetite for timber from eating the hull. Amongst other horrors Elise’s  original deck had been covered over with an inferior quality timber deck which had not only decayed, but had caused considerable water entrapment and deck-beam damage as well.  Elise is believed to be the only Fifer with an American style clipper bow.  It is good to know that the restoration was eventually completed .  we don’t often get the chance to get such a good contrast of pre and post restoration pictures!  Its very nearly 20 years since we surveyed her.

click here for some more history of “Elise”  https://classicboatindex.com/boat_details.php?textfield2=43&bldr=2&des=6

However,  another  misfortune to Elise happened in 2009 and the yacht spent a short period submerged before being recovered and transported back to the UK.  It is always said that it is unlucky to change the name of a yacht…. one wonders!!!      link to the rescue information. https://www.btx.co.uk/transportnews11.html and here are some more pics of her road trip back to gloucestershire    https://www.btx.co.uk/transportnews10elise.html

I am pleased to report that Elise is alive and well and receiving TLC in Gloucestershire, where she lives under a purpose built Poly-Tunnel in controlled humidity conditions. The Yacht is being completely refitted, with all machinery and systems being stripped out and renewed. The external and interior paint and bright-work is being completely refurbished and the boat is expected to be re-launched in 2013.

Here are some pics of venerable old Lady Elise in her new Gloucestershire home. 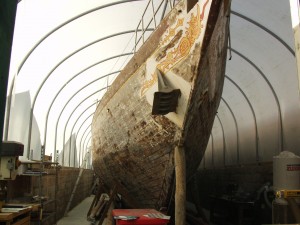 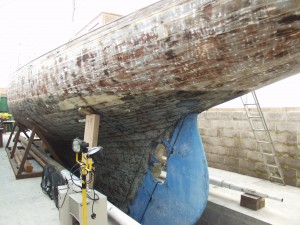 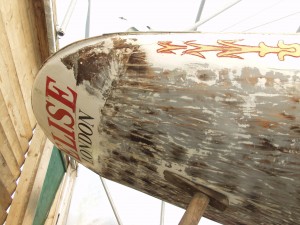 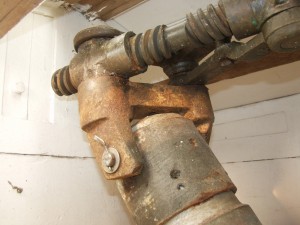 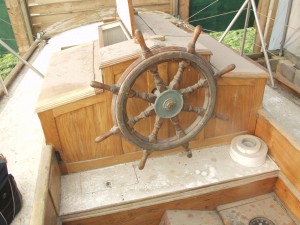 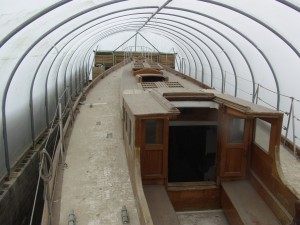 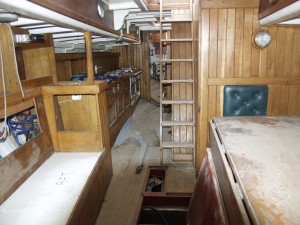 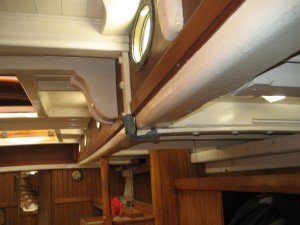 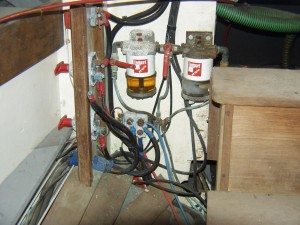 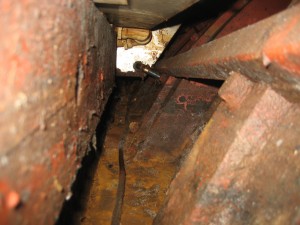 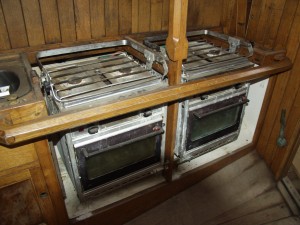 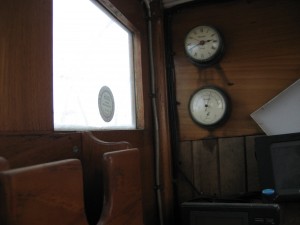 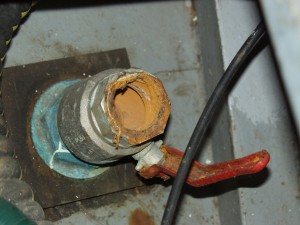 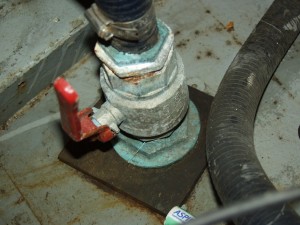 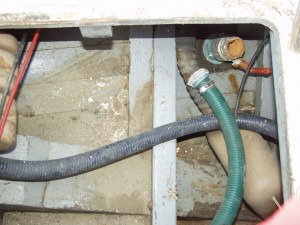 Apparently the port cockpit drain valve was the culprit.  Bi-metallic corrosion caused Elise to sink whilst moored in a Brittany Harbour

The yacht is now being restored and completely refitted by her owners who may be looking for additional labouring input, in exchange for some sailing at a later date.

It is hoped to have Elise back in the water,  fully re-fitted in 2013.